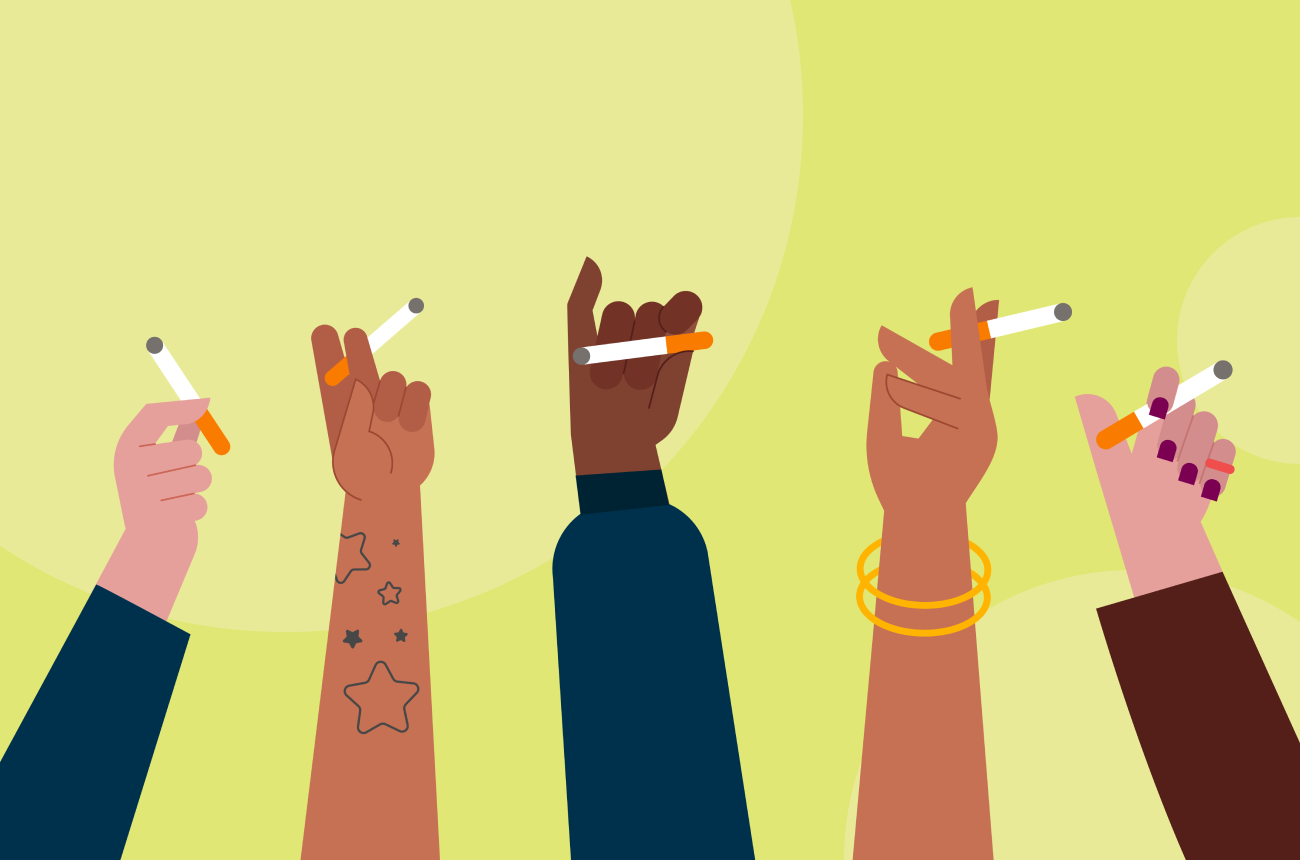 Over 30 million of those people living here in the United States. Smoking continues to be the leading cause of preventable illness, death, and health care costs yet there has been little innovation in the space. In fact, there has been such a lack of resources that provide the opportunity for individuals, community groups, businesses, and health care providers to encourage people to stop smoking or initiate a plan to stop.

At Pivot, we know smoking isn’t the same for everyone

And neither is quitting. We conducted a study of over 1,000 people who smoke so we could truly understand what holds people back from quitting. Here’s what we found.

An overwhelming 48% of respondents cited addiction to nicotine as the main barrier to stubbing out their final cigarette. This makes sense as nicotine produces physical and mood-altering effects in the brain that are temporarily pleasing.

You don’t need to quit smoking to imagine that tobacco withdrawal symptoms are the opposite of a good time. No one wants to voluntarily battle irritability and anxiety, so it makes sense that 42% of participants named withdrawal symptoms as a barrier to quitting success.

No two quit journeys are alike, and there’s no silver bullet to finding motivations for quitting. So it’s no wonder that almost one-third of survey respondents were simply not ready to say goodbye to smoking finally.

There are a lot of cessation aids on the market claiming to be effective for people who want to quit, yet many fail, sending folks back to the drawing board. Our study found that a third of participants would be motivated to quit smoking if they found the right program.

22% of respondents cited “more inches to the waistline” as a major concern if they put a stop to their smoking.

Despite these very real and understandable barriers, the majority of respondents report that they remain motivated to quit, mostly because they aspire to live longer and healthier lives. This is especially true for people as they age and see the direct effects of smoking on their health.

The cost of cigarettes

A person who smokes will spend close to $150,000 on cigarettes in their lifetime – that money could finance a house purchase, retirement, or college education!

Consideration of their loved ones

Aside from wanting to live a healthier life and save money, people also want to stop smoking for their loved ones – citing concerns about exposing family members to secondhand smoke; wanting to become pregnant; being pregnant, or recently having a baby.

Smoking isn’t the same for everyone, but neither is quitting

That’s why Pivot uses a revolutionary personal Breath Sensor, one-on-one coaching, a customizable smartphone app, a peer-based community, and nicotine replacement therapy. These pieces that make up the comprehensive program help individuals who smoke learn about their smoking behavior and eventually reduce or even quit.

With understanding comes motivation and the ability to build a plan tailored for the individual. In a clinical trial, we assessed Pivot’s impact on participant motivation to quit smoking and daily cigarette consumption. Six out of seven participants (85.7%) who completed the study indicated that Pivot increased their motivation to quit, and nearly one in three (32.4%) successfully quit.

If you’re like us, you delight in small wins

We encourage people who smoke and those who support them to consider making one small move towards quitting. Each small step adds up to big results and can directly reduce the number of people smoking each year. So, what are you waiting for?

Are you interested in exploring a better quit-smoking program?

Invest in progress, not perfection, and discover Pivot.

Thank you! Your submission has been received!
Oops! Something went wrong while submitting the form.
Smoking
Smoking Cessation
Tobacco