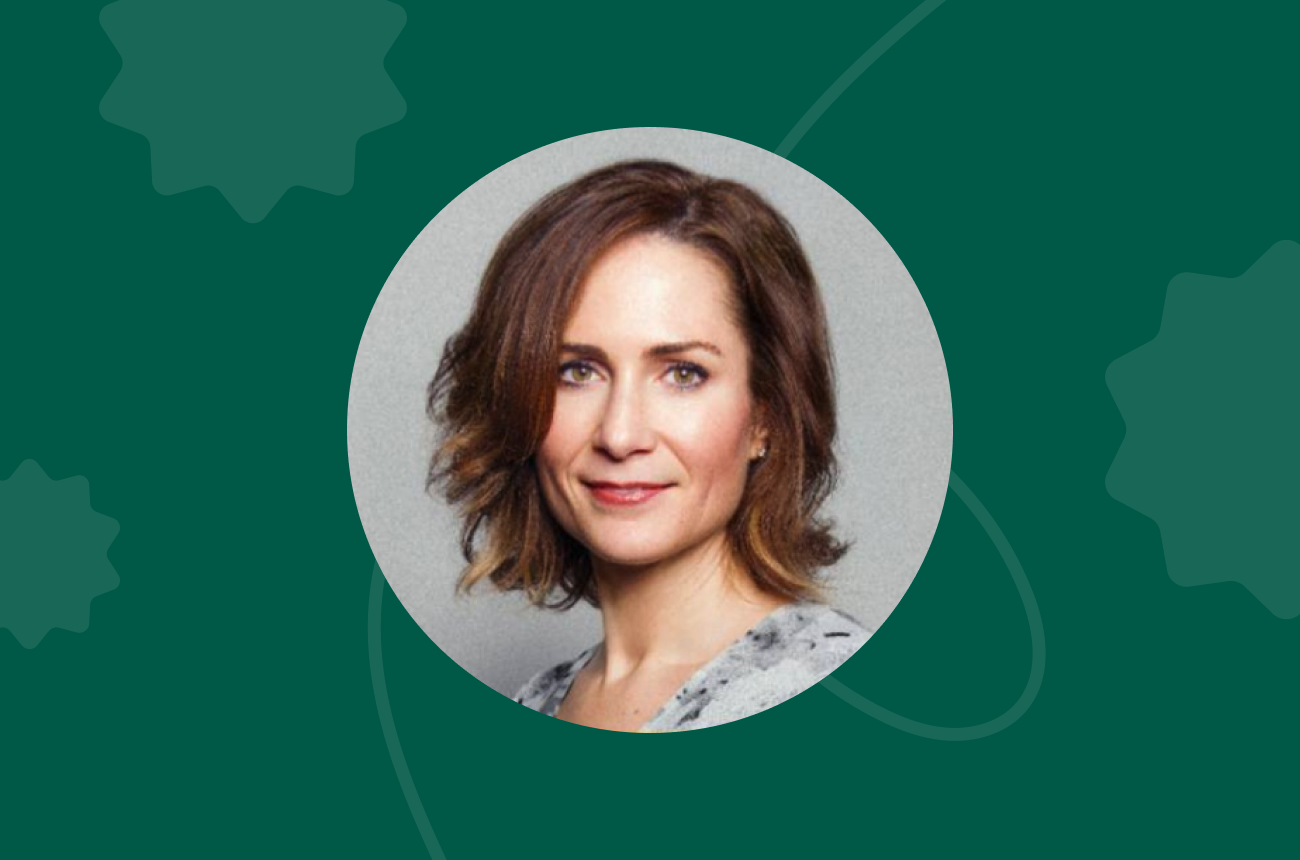 Dr. Heather Patrick was a full-on, very-serious-sounding-paper-writing PhD professor before she left academia in 2009 for more real-world pastures. “I was passionate about developing solutions to help as many people as possible to make positive changes to their health behaviors, and it became clear that academia wasn’t the place for that,” Dr. Patrick says.

Her first jump out of academia was to the National Institutes of Health (NIH). While there, she worked on the Smokefree.gov Initiative, where she led work to support people who were trying to quit smoking with other health conditions and behaviors, including stress, weight management, physical activity, and nutrition. After five years at NIH, she moved to the private sector.

Heather takes a whole-person approach to smoking cessation. That point of view, that commitment, has marked all of her work since, including her move to Carrot, the parent company of Pivot, in 2017.

Although Heather never smoked herself, she had worked on clinical trials and smoking-cessation counseling throughout her career. “When you work with real humans struggling, it’s hard not to be moved in some way,” she says. “It struck me how little compassion there is for people who smoke.”

Dr. Patrick is an expert in self-determination theory (SDT), a theory of human motivation that directly applies to health choices. It also underlies Pivot’s whole-person approach to smoking cessation. “It’s a mouthful, I know,” says Heather. “But it’s really all about motivation—how an individual orients to behavior, intrinsically or extrinsically—and how programs like Pivot can help people develop motivation that lasts.” On that note, we asked Heather some questions.

Intrinsic, extrinsic. What’s the difference, and does it matter?

So, I’m guessing that intrinsic is better!

HP: Yes. Through Pivot, we’re trying to get the intrinsic motivations to be the loudest, the most clear. Think of motivation as psychological energy. We want the energy to quit to come from a sustainable source. “My partner will nag me” or “My doctor will be disappointed” aren’t sustainable sources. What needs to happen instead is to find a better reason not to smoke than to smoke. Then a person can develop a new vision of himself or herself as someone who doesn’t smoke. When people start to think of themselves differently, motivation becomes more intrinsic.

So how do you accomplish that?

HP: We start with instilling feelings of competence, capability. For most people who come to Pivot, this isn’t their first rodeo. They’ve tried to quit before. So a lot of people just feel like “I’m no good at this.”

But it’s hard to be “good” at quitting, right?

HP: Definitely. It can take 10 to 15, sometimes 20 times or more. That’s why we don’t start out with setting a quit date. A lot of other programs begin with the assumption that everyone intends to quit, and they set a quit date. It works for some, but a lot of people need a bit more runway before they make the leap to quitting. It’s critical for the person to be part of the process—to be the architect of their plan, to have a sense of ownership over how and when they will try to quit. The other way can feel like someone is just telling you what to do.

You mentioned compassion earlier. What’s the role of compassion in all this?

HP: First, at Pivot, we understand that smoking serves a purpose—whether that’s helping you deal with stress or a way to connect with the important people in your life. And we understand that quitting can be hard. We want people to have a soft landing place. People are hard enough on themselves. They don’t need to hear from us “Oh, you messed up again.”

And we also want to help cultivate self-compassion. We try to quiet the inner critic. Every person who smokes knows someone who woke up on some random Tuesday, decided to quit, and never smoked, ever again. So it’s easy for someone who’s struggling with quitting to think, “Everybody else can do this. What’s wrong with me?” But the truth is that those people probably tried dozens of times to quit. If you’re caught in a cycle of trying but not succeeding, beating yourself up is not going to help.

Do you ever work toward smoking reduction?

HP: From a health perspective, even one cigarette a day is dangerous. So we want to work toward actual quitting. But those who reduce the number of cigarettes they smoke by 50 percent have a better chance of quitting. So sometimes—especially when someone feels overwhelmed by quitting completely—we work with them to develop a reduction plan. When people see that they can cut back on how much they smoke, it helps to build that confidence and capability I was talking about earlier.

I saw where you once wrote that for a lot of people, smoking is one of the few things they can really count on. That really struck me. Can you say a bit more?

HP: It’s very true and very real. We hear it a lot in one-to-one settings, and it’s heartbreaking. It points to the need for compassion. People around them are often not supportive, and, frankly, are sometimes jerks. So, in Pivot, we have an opportunity to be a softer landing place. We try to establish relationships and patterns in their lives that help them feel more fulfilled and to have the support that they need.

In closing, can you summarize what you feel are Pivot’s key differentiators?

HP: Not starting with setting a quit date is one. The carbon monoxide breath sensor is another. That used to be a clinical thing only. A lot of people have a carbon monoxide detector in their house, so when they see that they’re breathing carbon monoxide out at higher levels after they’ve smoked, it can be a real light-bulb moment for them. We’re also bringing together high tech (with the app and the sensor) and high touch (with real, live human coaches)—and that’s something in the age of chat bots that a lot of people are craving. And, of course, self-determination theory—helping people to feel capable of quitting, providing the structure they need to be the architect of their quit plan and their smoke-free journey, and providing a voice of compassion. Most programs only focus on cultivating feelings of competence. We go beyond that with Pivot in hopes that people will develop the staying power they need to stick with it when quitting gets tough.

Thank you! Your submission has been received!
Oops! Something went wrong while submitting the form.
Culture
Breathe