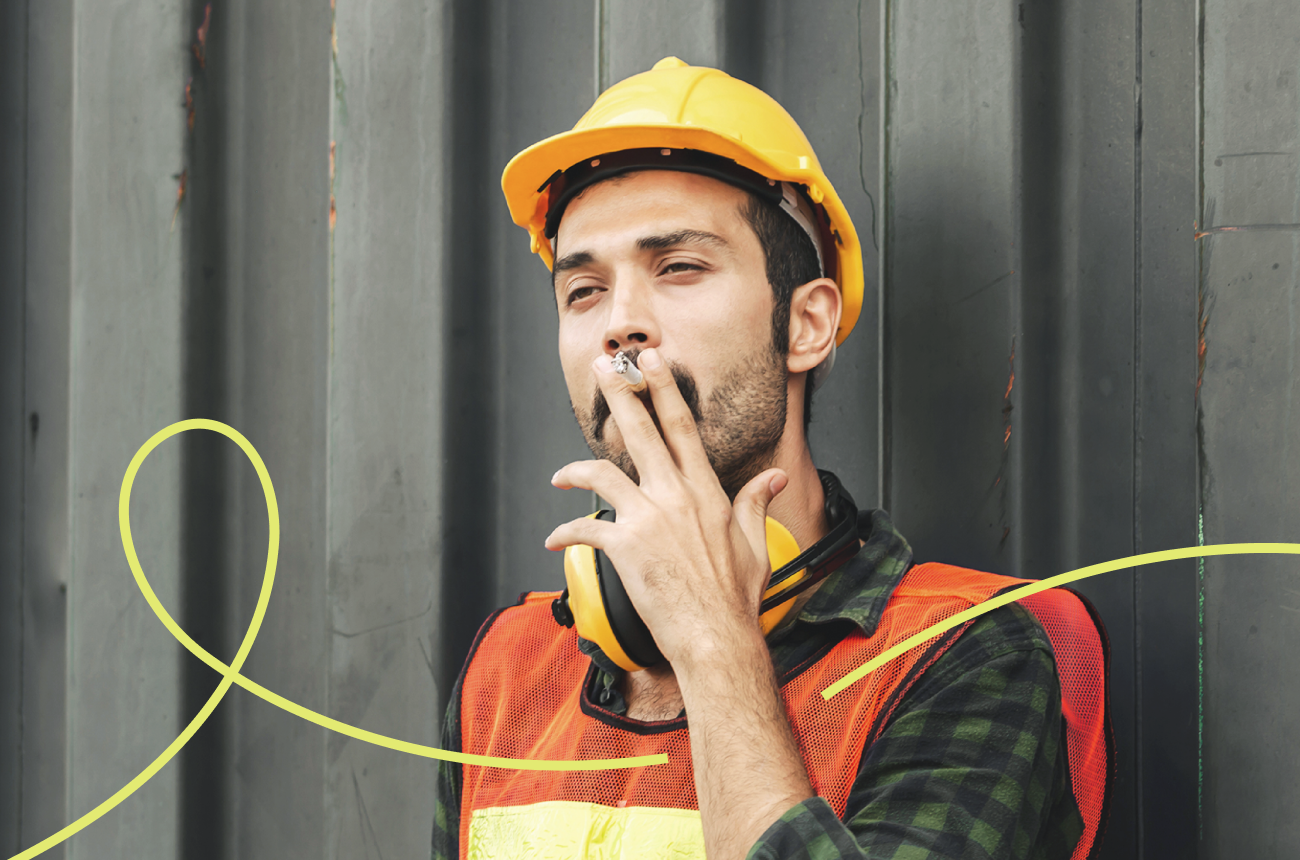 When you think about tobacco use in the workplace, your attention most likely focuses on the health concerns

But did you know that smoking and productivity in the workplace are directly tied together? Tobacco has a direct impact on worker productivity and performance, which can affect every part of your business.

More than meets the eye with smoking and workplace productivity

Tobacco use takes a silent but powerful toll on employees and, as a result, the businesses that employ them. In fact, many studies have shown that tobacco use not only has a negative impact on worker productivity, but also results in higher costs from employers and workers. These costs are both direct and hidden, but add up quickly.

Direct costs of tobacco use in the workplace

When looking at the impact tobacco use has, it’s most insidiously found in absenteeism, specifically work days lost to illness. Smokers average a 31% higher sick-leave rate compared to non-smokers, and take, on average, almost three more sick days per year than non-smokers according to the journal Addiction. Such lost time wreaks havoc on employee earnings and employer scheduling, especially for businesses with shift-based workers.

Tobacco use is a primary cause of presenteeism, otherwise known as lost productivity when workers are on the job, but are less effective. One of the most visible forms of presenteeism? Smoking breaks. Some workers average 8 minutes a day per smoke break, but for high tobacco use industries like construction, the average smoking worker took a total of 73 minutes worth of smoking breaks per day.

Hidden costs of tobacco use in the workplace

While it’s not the first thing that you would expect smoking to impact, higher property insurance costs are a reality for workplaces that allow smoking. In fact, the Centers for Disease Control discovered that fire insurance costs dropped by 25-30% when a workplace went smoke free.

Insurance-related costs extend beyond simply property. In workplaces that allow smoking, secondhand smoke is prevalent, with around 20% of non-smoking employees reporting secondhand smoke exposure at least once per week. Those workers are eligible to file workers’ compensation claims related to the health impacts of workplace smoke exposure.

Combining both absenteeism and presenteeism, you’re left with the underlying theme that distractions are created. These distractions can be detrimental to businesses from a cost perspective. Think of physical-labor jobs like construction or warehouses. Employee distraction exponentially increases the chance and risk of a workplace accident occurring.

The costs of tobacco use add up

When adding both direct and hidden costs together, you may feel shocked. Even outside of the workplace, the total costs of tobacco use by workers is stunningly high. The estimated total productivity losses due to tobacco use in America are estimated to be as high as $151 billion per year.

Breaking this down further, studies estimate excess cost of tobacco use at $5,816 per year, per tobacco using employee, compared to a non-smoking employee. This figure factors in everything from absenteeism to higher healthcare costs. Adjusted for inflation, that’s over $8,000 in 2021. Expect that number to continue increasing as inflation rises and employee tobacco use remains prevalent.

While these numbers prove daunting, there are immense benefits when working to reverse tobacco use in the workplace. Some would even call the results dramatic.

Reverse the course of costly employee tobacco use

Studies show that the negative effects of tobacco use can be reversed when workers successfully quit their tobacco habit. That improvement? Almost immediate. After all, helping workers free themselves from the grips of their tobacco addiction isn’t just considered good ethics or health policy – it’s good for everyone’s bottom line.