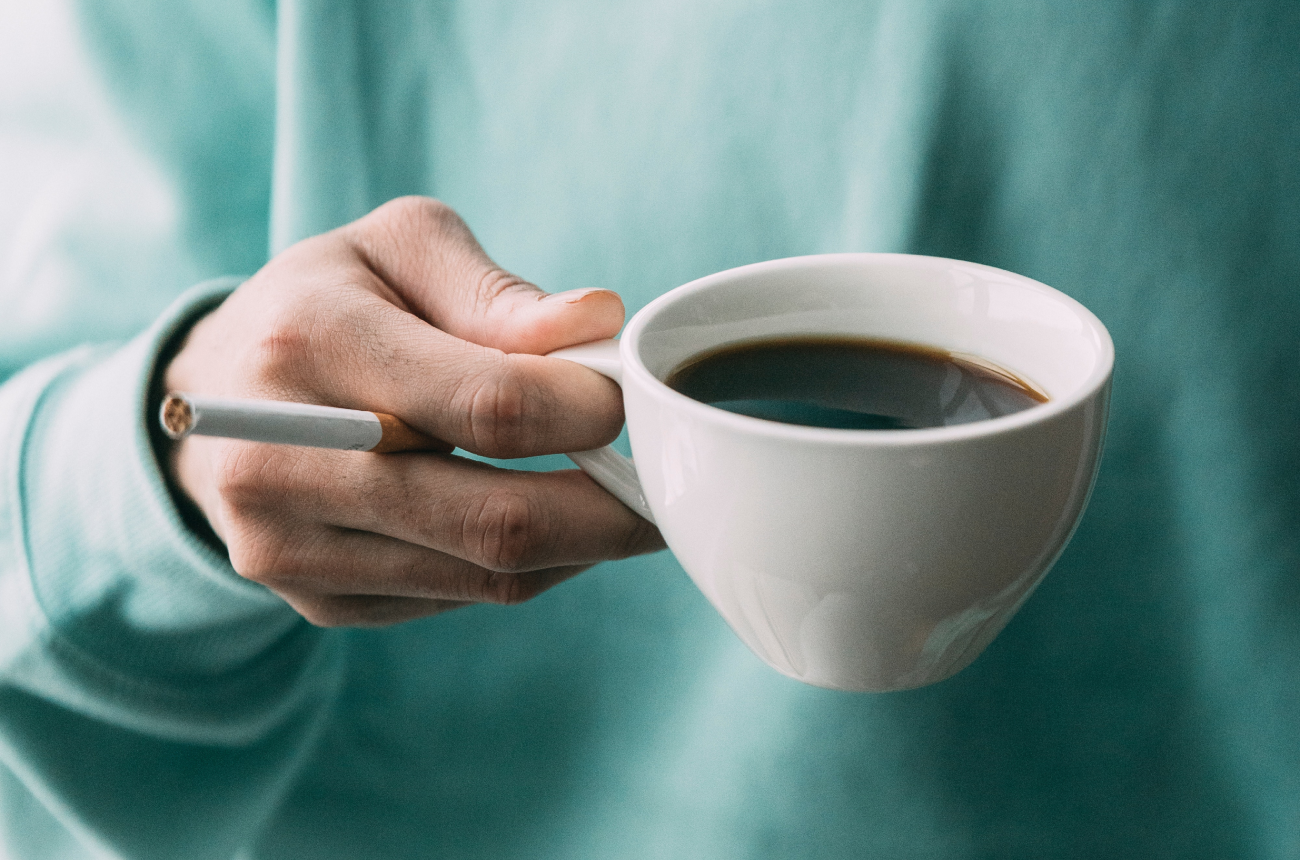 The built-in support and accountability that come with such arrangements are especially helpful if that quit buddy lives with you.

But how do you quit smoking when you actually live with a smoker?

Maybe they aren’t ready to quit smoking either. Though such situations can be tricky to navigate at times, there are still steps you can take to help set yourself up for success.

To find out what they are, we spoke with Dr. Nancy Rigotti, director of the Massachusetts General Hospital Tobacco Research and Treatment Center and former member of Pivot’s Scientific Advisory Board.

5 steps to quit smoking when you live with a smoker

“The best way to handle it is to adopt a no-smoking policy for your home and car,” Rigotti says. “Have a talk with your roommate or family member and explain that you’re trying to quit — not that you’re telling them they have to quit too. You’re asking them to help you be successful.”

Another tip? “Try not to have any smoking paraphernalia out in the open at home — things like lighters, ashtrays, and open packs of cigarettes that are likely to tempt you.”

If making your home entirely smoke-free isn’t an option, consider working with your roommate or family member to agree on limiting smoking and smoking paraphernalia to only one room or area. Every little step in the right direction can have positive implications for your success.

Removing temptation from your home is one thing, but what about everywhere else? While it’s helpful to avoid people who smoke, don’t feel like you have to cut yourself off from the world.

Rigotti does recommend a couple of tricks, though. One is trying to avoid your regular haunts, which include places where you and your friends smoked cigarettes together in the past. Another is to try to use smoking bans in your favor. Meet up with your friends in places that don’t allow smoking.

There will always be times when you simply can’t avoid being around other people while they smoke, especially if they’re people you spend time with in your everyday life. So, hedge your bets against temptation and make sure you’ve got the tools you need with you to succeed.

“If you have any medicine you’re taking — especially nicotine replacement gum or lozenges — make sure you have it on board,” Rigotti says. “Use them if you’re going to be out around people who smoke or in any other tempting situation.”

Step four - quit the sauce (for now, at least)

“Staying away from alcohol for a little while when you’re in social situations is probably a good idea,” Rigotti says. “It’s not that you should never drink again with your friends. But we know alcohol can trigger a slip or relapse. If you avoid it, it will make it easier to resist smoking at least for a few weeks while you’re trying to get your feet on the ground as a non-smoker.”

Step five - start to think of yourself as a non-smoker

Start telling yourself that you don’t smoke anymore, and head off temptation by making sure any people you spend time with who smoke know you’re working to kick the habit in the hopes they won’t offer you cigarettes. “Most people who smoke wish they could quit, so they’re usually respectful of people trying to quit,” Rigotti adds.

There are two aspects to quitting smoking beyond breaking nicotine addiction

What are they? Behavioral (habits) and mental (thoughts and beliefs). The behavioral component has to do with breaking the habits and routines you have around smoking and smoking triggers. “Then there’s the mental side,” Rigotti says, “which is telling yourself, ‘I don’t smoke anymore, so this stuff isn’t part of my life.’”

“Starting to think of yourself as a non-smoker can go a long way to helping you get over the hump with living smoke-free.”

Take the first step toward a smoke-free life

Discover Pivot, the program that can help you track, reduce, and quit, no matter your lifestyle.

Thank you! Your submission has been received!
Oops! Something went wrong while submitting the form.
Individuals
Smoking
Smoking Cessation
NRT