How St. Patrick’s Day Drinking Can Increase Tobacco Use 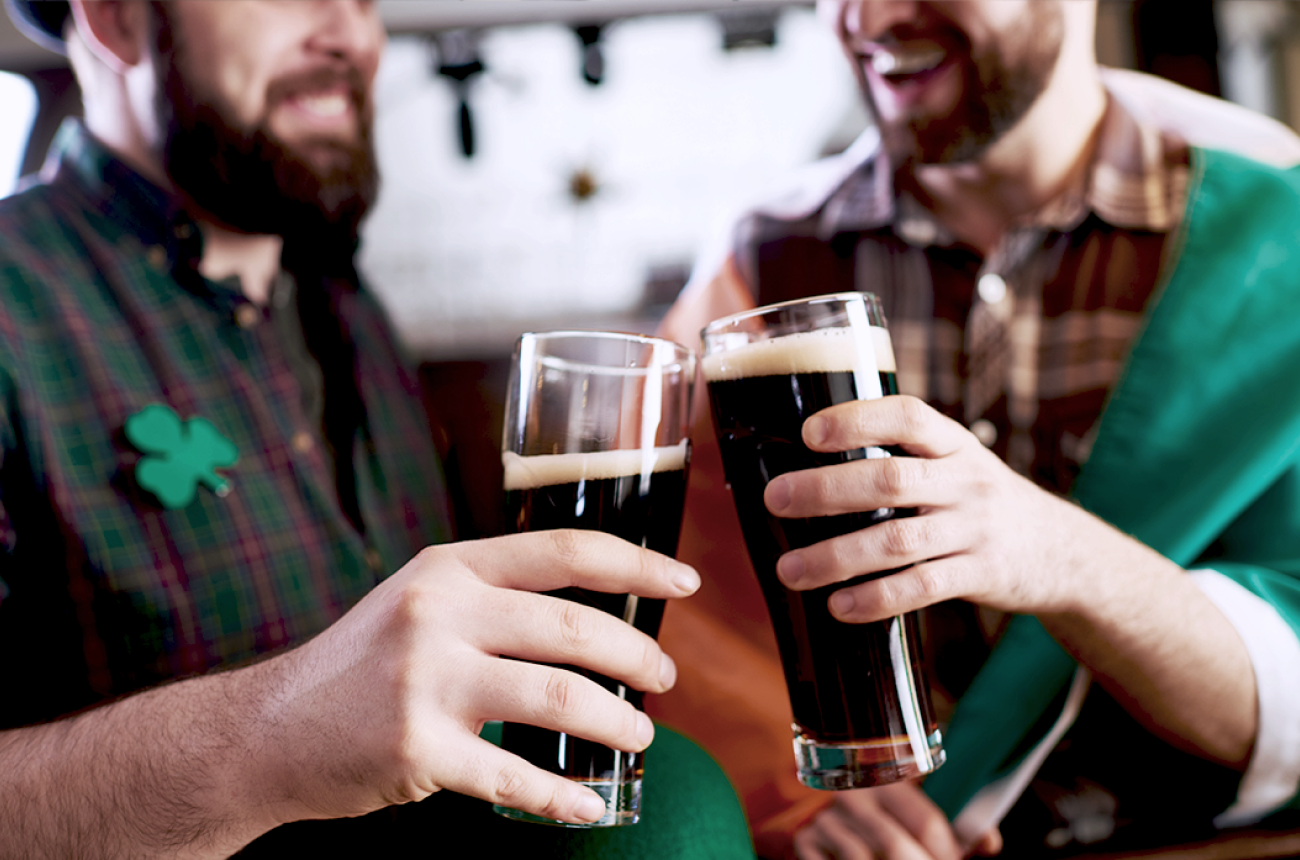 This St. Patrick’s Day, we at Pivot are hoping to raise awareness of the correlation between these two habits.

St. Patrick’s Day – a time of celebration, excitement, group celebrations, green beer, and for many, a signal of the very first inkling of fun soon to follow in the summer months. Beloved by many – 49% of all Americans state they plan to celebrate – the holiday is ranked as the third most popular overall drinking day of the year, and the most popular holiday of the year for beer drinking (174% more beer is sold than usual).

Simply put, there’s no short supply of alcohol on St. Patrick’s Day. In fact, the standard American will spend an average of $43 per person on St. Patrick’s Day, with 40% of that $43 spent on drinks alone. According to the National Retail Federation, 29% of American adults will even attend a party in a bar or restaurant – not accounting for celebrations occurring at parades, block parties, or personal residences, to name a few.

Unfortunately, even on a social holiday such as St. Patrick’s Day, consuming alcohol in such a manner can result in increased, reawakened, or even new nicotine or tobacco habits. The odds are high that an individual develops, rekindles, or even worsens a tobacco or nicotine habit on such a holiday. This isn’t just an assumption – there’s a scientifically-proven relationship between smoking and drinking.

Why do people smoke when they drink?

There’s a clear correlation between smoking and drinking. In fact, most of those who smoke, drink alcohol (86%); those people are also 1.32 times more likely to drink than those who don’t smoke and are more likely to be binge drinkers. And for those who choose to drink at a bar on St. Patrick’s Day, studies show that people smoke more in places where alcohol is served.

Keep in mind that people who have more than five drinks in a week are 2.5 times more likely to smoke. On a day where the average number of drinks consumed per person is 4.2, St. Patrick’s Day is a prime example of a well-intentioned holiday that can lead to new, continued, or worsened habits.

This begs the question – how can we help people fight the urge to smoke on major drinking holidays? We have some answers for both individuals looking to fight temptation or regain control and for employers who are looking to effectively combat this problem within their employee population.

When thinking of the ways that St. Patrick’s Day can be celebrated, it’s best to avoid mixing tobacco and alcohol, as the effects are plenty. Short-term, individuals can expect to suffer from a lack of judgment due to the inability to properly gauge how much alcohol has been consumed. Long-term effects include an increase in the risk of throat and esophageal cancer.

If you’ve already celebrated St. Patrick’s Day and are now working to discover ways to decrease your tobacco or nicotine consumption, we recommend seeing if a cessation program is right for you. Oftentimes, taking the burden off yourself to go it alone and utilizing tools like a trained, real-life coach or a community of your peers can make a world of difference.

After major holidays, such as St. Patrick’s Day, it’s important to communicate with employees the support or benefits available to them related to reducing or quitting smoking/vaping and/or drinking. This includes informing employees of employer-set consequences that come with tobacco use and offering even the mildest of nicotine and tobacco users a holistic cessation solution.

Why Employee Tobacco Use May Increase After St. Patrick's Day

Discover how the link between drinking and smoking could impact your business.

Thank you! Your submission has been received!
Oops! Something went wrong while submitting the form.
Employers
Individuals